For the sake of this post, a "subscription" is a service for a monthly fee. Examples include cable, magazines, NetFlix, cell phone plans, TiVo, etc. There are all sorts of subscriptions, for many things that can be bought 'a la carte' otherwise- and sometimes they're worth it, and other times not so much. It's all in the math.

These thoughts were prompted by the post The A La Carte Method: Use Psychology Against Yourself to Save Money at I Will Teach You To Be Rich. The question I immediately had was, When do subscriptions make sense? The obvious answer is: When I'd spend more for the product or service a la carte. Let's look at some numbers.

The a la carte alternative: Broadcast TV (which we watch less than an hour per month of) and TV shows on DVD.

To take into account the latter, I'd have to throw in a DVR. The DVR with Comcast is $15.95/month.

Over the last 12 months, a liberal estimate of what we've spent on TV shows on DVD is $80 (2 seasons of Star Trek TNG. We're nerds, I know).

I guess my bottom line is, I want to evaluate my current habits and all my options before signing up for a "money-saving" subscription.

There are exceptions to this rule- Insurance, for one. We spend more on health insurance than we would even paying out-of-pocket for the one or two doctors visits and medicines we get per year- but, for the emergency situations that could dwarf the per-paycheck payments, insurance is worth it, even if I can't demonstrate it with math like above (Yet. Because we haven't had an emergency. Or a pregnancy.).

Email ThisBlogThis!Share to TwitterShare to FacebookShare to Pinterest
tags: finance

That's a good way to look at all monthly expenses. Good math.

The cable TV one is a different kind of animal in my mind, because you aren't subscribing to specific TV shows, blocks of TV time, or even a number of hours of TV viewing. Your $700/year is for an always-on connection to many channels, of which you can watch a maximum of one (or for $100 more, DVR a second one at the same time for watching later).

Just like with an internet connection, what you're really paying for is opportunity to watch any of their large catalog of shows. With the increasing availability of TV shows on DVD and TV over the Internet (by either legal or questionable means), the price of that opportunity is getting harder and harder to justify. Do I need 150 channels on all the time just to be sure I can find something to watch when I'm ready to watch TV? No way. I can go find it on demand any time I want on my laptop. Sorry, cable.

Of course, if I wanted to play the devil's advocate, I could point out that you paid $80 for 2 seasons of a show that was broadcast on network television for free. :-D

I love this post! It's always worthwhile to break down costs and see if we're actually getting the best deal.

The area's Comcast bill seems a bit high, though. That sounds like the price for channels including Discovery, Nickelodeon, TLC, etc.

Our 'basic' cable is network channels, TBS, and CSPAN and the sort, and it's $12ish for that portion of the bill. 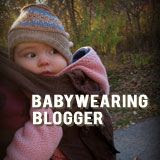