That baby I was going to have? He's six months old in just over a week. The birth was beautiful, really quick, and as good as I could have hoped for in a hospital. Remind me to tell you about it sometime. Ian Charles joined our family March 8, and we love him to pieces. 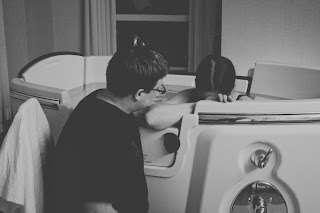 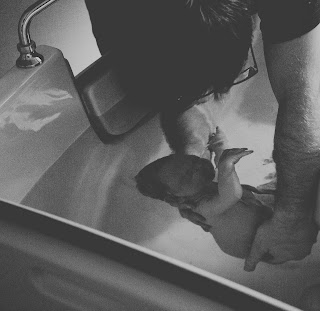 Daddy caught! (because the midwife wasn't in the room) 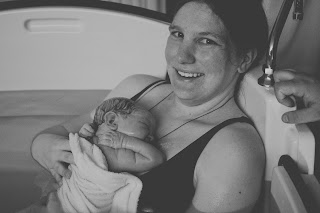 In the midst of Baby-Being-Born, our store urgently needed to be moved to a different location. So, that happened a couple months later, during the last week of my maternity leave. Just THIS WEEK we got a sign at our new storefront- hooray! 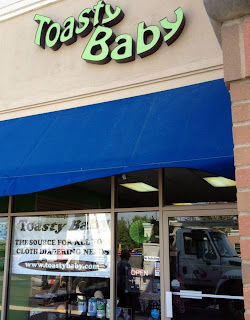 Over the last few months, everyone's managed to settle into the New Normal. Elliott's a Big Brother, and exploding with imagination and stories. Knock on wood, he's also potty trained, save an accident once every 2-3 days. WAY fewer diapers to wash makes this mama happy! As a follow-up from the last post... yes, Elliott and Baby Brother are still sharing Mama's Milk. Elliott declares every morning "This is MY side; that's Ian's side!" and everyone piles on the couch at once, waking up lazily. It makes me a bit later for work, but I'll take the cuddles while I can- I know they're fleeting, as this toddler turns into a Big Boy so quickly. 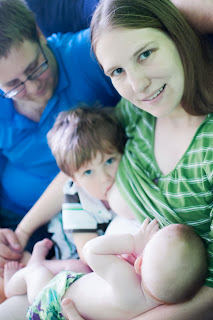 This is how we look most the time I'm home. Just keeping it real.
photo by Schwebach Photography

As for Baby Ian, he's awesome. I didn't think it was possible to have an easier baby than Elliott, and we somehow got one. Also, it was a shock to us- he's a red head! He's not growing as quickly weight-wise as his brother did, but EVERYONE who sees him (strangers!) all make the same comment (after pointing out his red hair): "He's so TALL!" 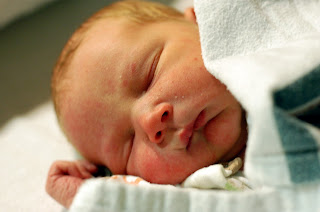 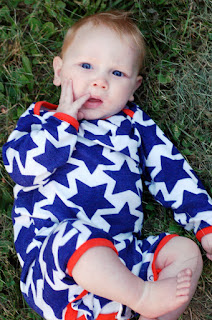 This summer was JOYOUS. We kind of threw bedtimes out the window and had a blast going to parks, playing in the yard, going to the fair, going out to eat... basically I am loving the portable baby + somewhat-independent toddler phase when out & about. The store is keeping us busy, for sure, and I've been busy at work, but we've spent evenings together as a family loving life. Maybe I'll blog some of the adventures, but they'd be sorely outdated if I did. I miss writing, and I miss recording the joys of babyhood and toddlerhood. This poor undocumented second child. Hopefully he'll get more than just this one blog post in his first year! 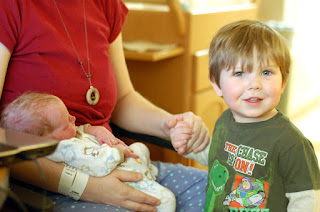 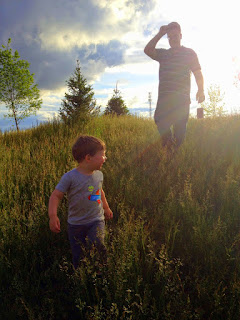 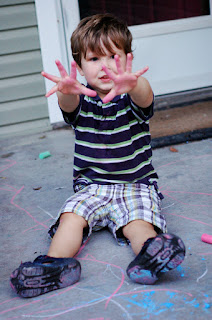 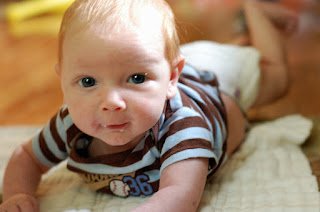