I just read this, written at the same point in my last pregnancy as where I am right now, over 2 years ago. Go ahead, I'll wait here while you catch up.

So what's different this time around? I'm still feeling great, have lots and lots of energy, ready to meet Baby- but not nearly as ready as last time, at least on the surface: the car seat isn't installed, the swing doesn't have batteries, and isn't even in the house yet, clothes are pulled out but not washed (Do I really need to wash them??), the pack & play where he'll be spending his firts many months isn't set up, I'm not sure where the bouncy seat is.

Or maybe we're MORE ready because we know more what to expect, and know that all of that isn't as urgent as I thought- we just need warm arms, some onesies, diapers, and a car seat. Check, check, check, and, well, like I said, not installed yet but at least we've got it. We're close.

Ready to tackle being parents of two? I'm a bit nervous about it. Elliott doesn't sleep through the night every night, and when he does wake up, he wants Only Mommy. Not sure how New Baby will deal with that. Also? I try to talk to Elliott about what's coming- sharing with Baby and loving on Baby and all that- but he has no idea what's about to hit. He knows his shapes and colors and the names of cars and animals and foods and a few letters- smart as a button, but this new Baby Brother's gonna throw him for a loop. 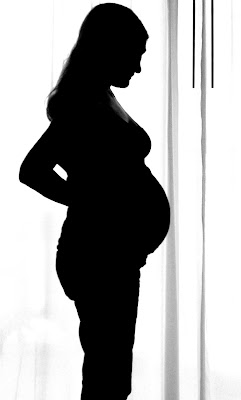 I love that picture! It sounds like you have the right idea to me about what's important in terms of being "ready" for baby #2. In our experience, even with Jasper being older than Elliott, no amount of explaining helped him understand Baby #2 until she was actually here, so I wouldn't stress that he doesn't get it - he'll get it soon enough.

My unsolicited advice is to lower your expectations - expect it to be rough and crazy on all of you, and then, if it isn't as bad as expected, you'll be happily surprised instead of the opposite. We expected baby to be rough, but we thought Jazzy would handle it better than he did, which made (and still makes) for some rough days. I think if I would have expected less from him, we all might have adjusted better.

You'll have so much fun though! Can't wait to meet him!

I agree -- even though the items aren't all crossed off your to-do list, you are ready. You already know how to raise a newborn because you did that already.

And you know how to raise Elliott, because you're doing that now. Now, just to combine!

I was majorly nervous and worried about how the transition would go from 1-2. And to my surprise and delight....it was awesome! Better than I could have hoped for. Sure, some rough patches but overall good memories.

I think you will be fine. A transition sure, but he'll understand more and more, and he will love his baby brudder so much!

online kaj is bangladesh tech blog,Here you will find all kind of tech and blogging related content for example: How to start a blog ..